Our members are what drives the Center and keeps it pushing to serve its original mission of merging the worlds of nature and the arts. Our members are vital and more than essential to keeping the Center fully staffed, the lights on and the programs, trails, and concerts running smoothly. Check out the perks of becoming a Ned Smith Center for Nature and Art member below 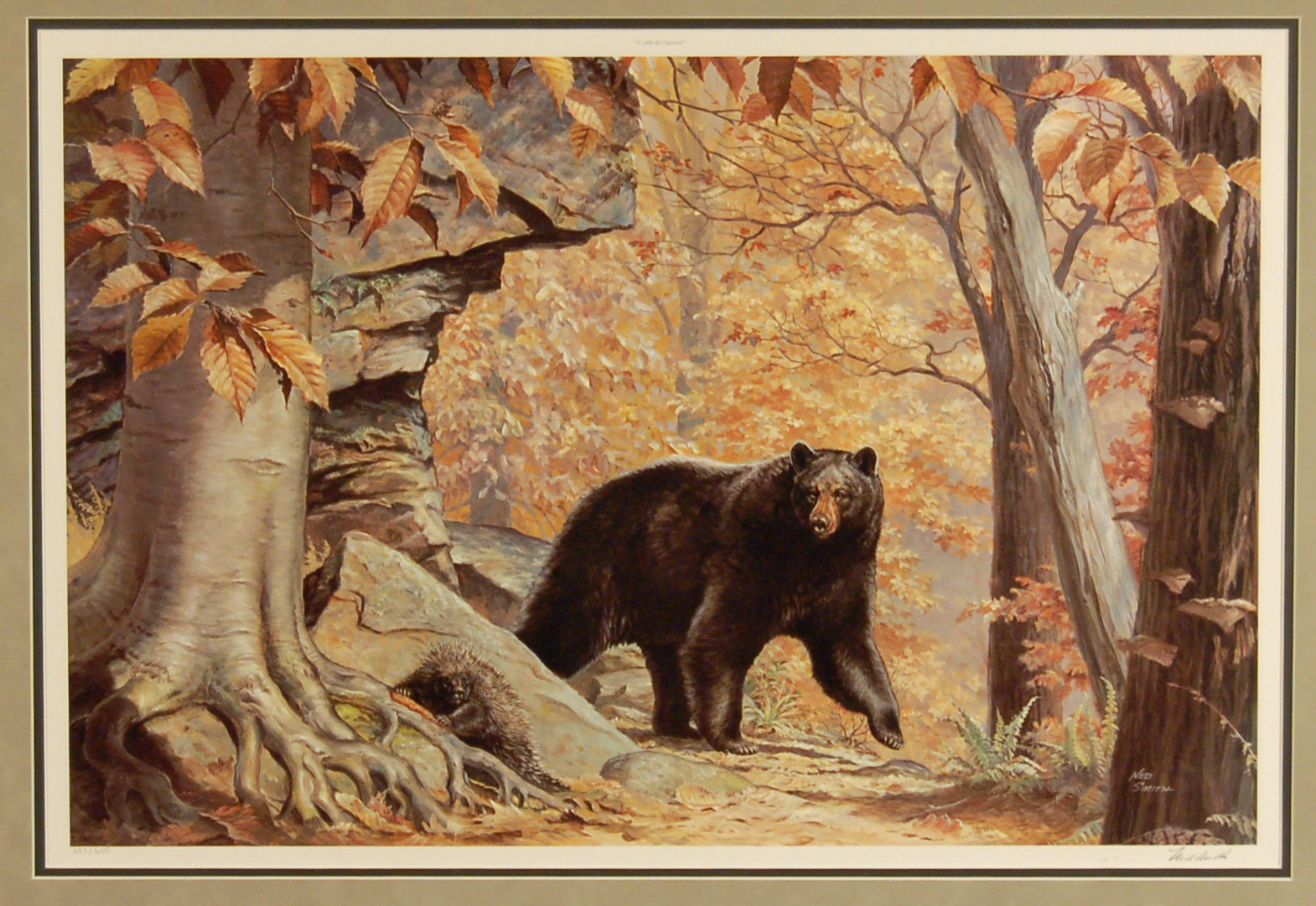 There are a multitude of different ways you can make a difference at the Ned Smith Center for Nature and Art. By donating you are helping not only the Center’s mission of merging the worlds of nature and the arts but you’re also helping central PA have access to top rate nature and arts education, trails, play areas, concerts, events and more!

Primary responsibilities will be to work with the Executive Director in developing proposals for unrestricted operating revenue and restricted revenues supporting projects and programs that will establish sources of funding and educational assistance.

To apply, please send your resume to jbooth@nedsmithcenter.org or get more info by calling 717-692-3699.

Our volunteers truly are the heart of the Ned Smith Center! Whether you are looking to help in
the office, on the trails, or in the gardens, we have a place for you. If you are interested in
volunteering at the Ned Smith Center, you can sign up for events and committees below. If you
have any questions about volunteering at the Center, give us a call at (717) 692-3699 or email
us at info@nedsmithcenter.org.

Duties and Responsibilities:
Answer questions about where items are located i.e. the bathrooms, food vendors, Armstrong Valley Winery, etc.
Hand out and stuff programs
Put up and take down directional signs
In some instances, take money and make change
Related work as assigned
Qualifications and Requirements:
Volunteer shall have the ability to:
handle money
follow procedures
be courteous, friendly, patient, outgoing and work with the public

In addition to regular outside work, occasional larger projects need a lot of helping hands! Our Lands and Trails volunteers do everything from trimming flower beds, filling bird feeders, and raking leaves to cutting down trees, light construction, and maintaining our 9+ miles of hiking trails. Our staff also occasionally looks to the Lands and Trails committee for input on small-scale projects and the management of Ned Smith Center lands. Volunteers of all skill levels are welcome. Experience with tools and outdoor work is appreciated, but not necessary. If you want to be a regular volunteer or notified of Lands and Trails projects as they arise, we would love for you join the Lands and Trails Committee!

Duties and Responsibilities:
Answer questions about merchandise and exhibits (knowledge of upcoming programs)
Use cash register and credit card machine
Restock shelves and assist in keeping shop clean and orderly
Wrap and bag merchandise
Related work as assigned
Qualifications and Requirements:
Volunteer shall have the ability to:
handle money, follow procedures, operate a computerized cash register and credit card machine and be courteous, friendly, patient, outgoing and work with the public

Reaching thousands of individuals of all ages every year, the Education Department offers family-oriented workshops, summer camps and school programs - and we can't do it alone! Without the help of our skilled volunteers, we simply would not be able to achieve our education goals. Teaching experience is not required, as there are also many opportunities to help organize and prepare for programs, or even just lend a hand in chaperoning a group.  If you are interested in aiding the Education Department with their programming, the Center would love to have you!
*Note: Volunteers coming in contact with children may be required to submit a Federal Background Check and PA Child Abuse Clearance, the cost of requesting which will be refunded by the Center*

Looking for a way to get involved at the Ned Smith Center? Come out for our Spring Volunteer Day and help us get the Center ready for the spring and summer! We'll be working outdoors on various tasks including mulching, trimming bushes, planting native plants, painting, and cleaning up our trails and outdoor play area. Volunteers of all skill levels are welcome - click the link below to register!

Meeting 10:00 AM in the Ned Smith Center parking lot.

Come out to the Ned Smith Center for our Fall Volunteer Day! Volunteers of all skill levels are welcome. We will be raking leaves, trimming trees and flower beds, improving our bird feedings station, and performing our last bit of trail maintenance and outdoor work for the fall and winter season. Water and light refreshments will be available for volunteers.

Beer for all 21 or older volunteers will be provided courtesy of Tröegs Independent Brewing.

In partnership with Tröegs Independent Brewing, the Rugged Trail Run is one of our largest fundraising events each year, bringing hundreds of runners to the Ned Smith Center for an evening full of rugged running, delicious brews, music and fellowship. The money raised at this event goes into maintaining our trail system and managing our forest land - all of which is open to the public 24/7!

Volunteers are needed for multiple positions, including helping with parking, stuffing runner bags, runner check-in, manning the water stations along our two race routes, encouraging our runners along the way, and more! If you're interested in volunteer, please sign up and a member of our Rugged Trail Run Committee will reach out to discuss how you can be involved! 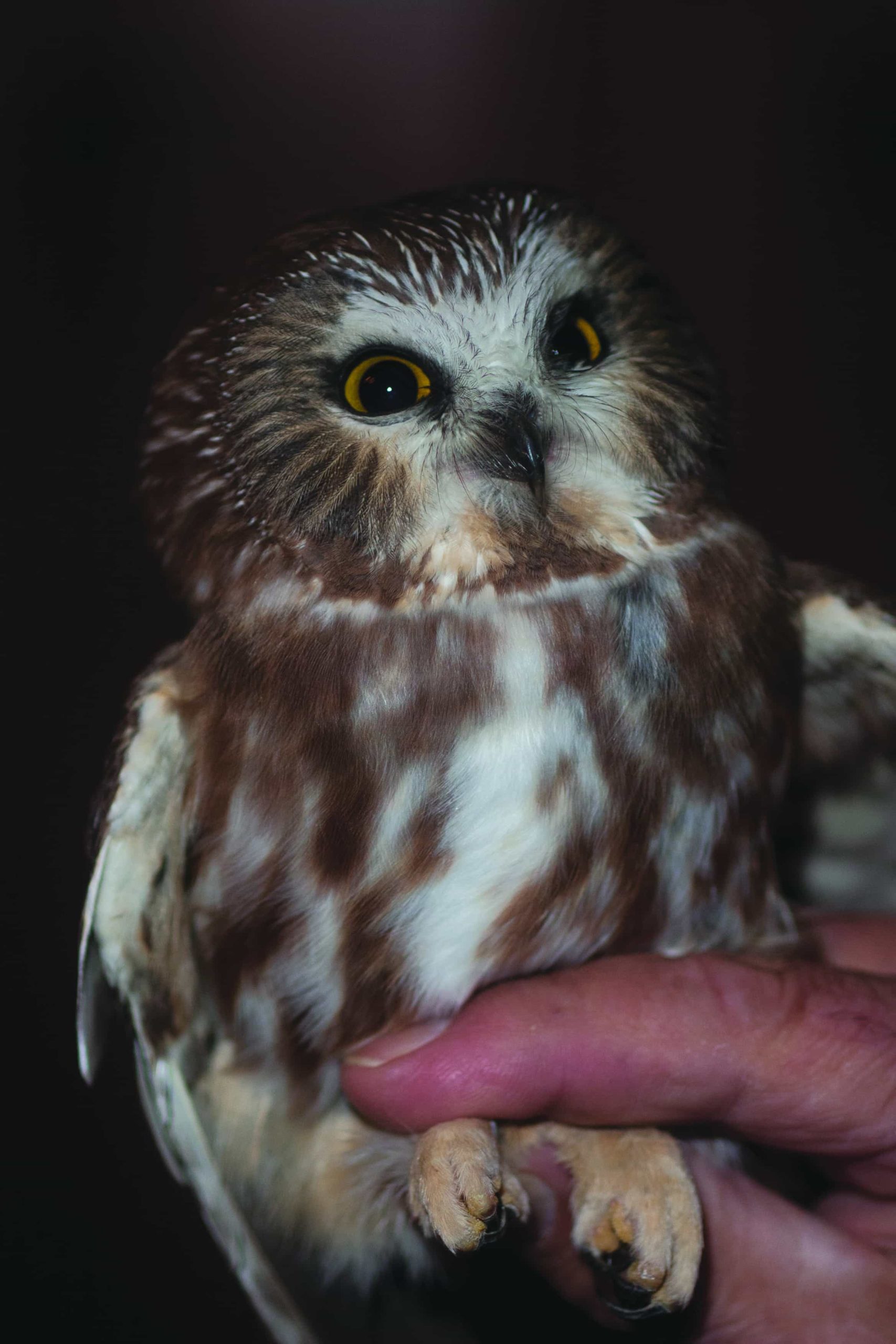 The northern saw-whet owl (Aegolius acadicus) is the smallest of Pennsylvania’s owls, a slight thing barely as tall as a soda can and weighing a little more than a roll of quarters. Saw-whets are rusty brown below, chocolate-colored above with white spots, and with large, yellow eyes. Unlike the eastern screech-owl, which is also common across Pennsylvania, the saw-whet has no feathered “ear” tufts sticking up on its head. Saw-whets nest in tree cavities with the males advertising their territories beginning in late winter.

The most common call is a high, whistled toot, about one per second, that sounds a lot like the back-up alarm on a large truck. Other common vocalizations include cat-like mews; long, eerie whines and sharp bill-snaps. In fact, the saw-whet owl got its name from that peculiar tooting sound – it bears resemblance to the rasping sound make by a file sharpening, or whetting, a saw. Other folk names included saw-filer, sparrow owl, whetsaw and white-fronted owl. Its scientific name, Aegolius acadicus, means “the owl of Acadia,” a reference to Nova Scotia, where the first specimen was collected in the late 1700s. Since 1997, the Ned Smith Center for Nature and Art has been a leader in the effort to learn more about the northern saw-whet owl, the East’s smallest and most elusive owls.

Each autumn the Center’s team of trained researchers and volunteers harmlessly catch, band and release hundreds of these tiny raptors at three banding stations in central Pennsylvania. They lure them into nearly invisible mist nets by playing a recording of the owl’s weird, tooting call.

The Center also plays a key role in coordinating an informal network of more than 120 owl banding stations across North America. In the process, they’ve helped map the movements of a species so secretive that most avid birders have never glimpsed one – an owl that was, until recently, considered quite rare. On this site you can learn more about these enigmatic birds, about the center’s on-going research project, how to become a research volunteer, and how you can support the center’s work by adopting an owl yourself.

The Office, Gift Shop and Galleries of the Ned Smith Center for Nature and Art will be CLOSED the following days:

for the observance of July 4th. The Office, Gift Shop and Galleries will reopen on Tuesday, July 5th.

Our trail system will remain open from dawn to dusk!